The Use of Force Continuum

Standard Use of Force Model

The standard use of force model consists of five levels and is represented by three segments:

Subject Action is known as the amount of resistance that the suspect is giving.

Officer Perception is defined by the officer's perception of risk, or how the individual law enforcement officer assesses a situation based on the subject's level of resistance. It's common practice for officers to use verbal commands while also observing the subjects visible presence and demeanor.

Officer Response is the amount of force given based on the suspect’s actions.  As in physics, the use of force model shows that every action has an opposite and equal reaction. The officer responds in kind depending on how the suspect decides to act.

As the subject shows increasing levels of resistance, the officer in kind responds with an increase in his or her level of force in order to make the individual comply. As mentioned above, an officer starts by utilizing physical presence and then verbal communication.  If the subject is compliant, then everything is fine according to the standard use of force model.

Contact controls like arm holds and wrist locks are used when the subject begins to show signs of passive resistance, such as refusing an order to get on the ground. Active resistance can occur, for example, if the subject is resisting an officer who is trying to restrain them with handcuffs. An increased level of awareness and compliance techniques is utilized in this case.

The threat of imminent bodily harm is perceived when a subject becomes assaultive, wherein physical injury is possible, in their level of resistance. The threat is then met with defensive tactics, such as punches and kicks, or with less-lethal options such as Pepper Spray, Stun Guns, TASERs, Expandable Batons. The highest tier of assaultive behavior is met with deadly force in the form of a firearm. The following chart is how some departments prefer to operate: 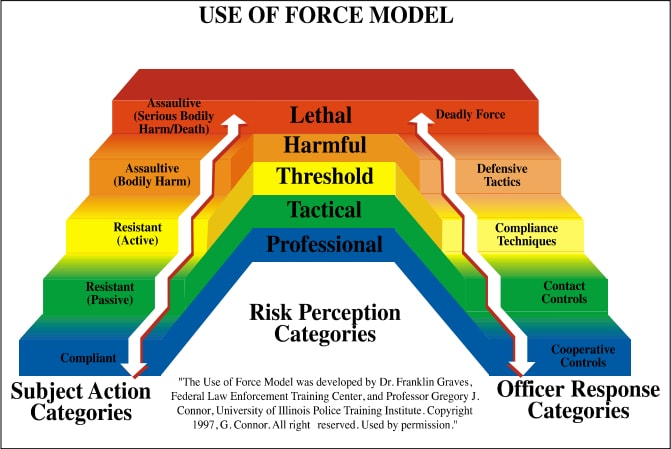 When a criminal seeks out a viable target they want to make sure it is not someone who is aware of their surroundings. Situational awareness is the first level of Presence in the civilian use of force continuum. By being cognizant of your surroundings you are able to react quickly to impending danger.

After identifying suspicious behavior, verbal communication is the next step in making your presence known to a potential threat. This allows you to show an attacker that you are aware of or suspicious of his/her intentions and that you will not be easy prey.  Personal alarms and a heavy amount of noise made by yelling or screaming is the last part of the first level of continuum. Not only do criminals not want to be caught off guard by an aware target, but they avoid noise like the plague. Once their cover is blown they have little chance of succeeding in their intentions.


Martial Arts are the next step in the continuum. However, this is ONLY recommended if you know close combat tactics and if you are already in close range (too close to grab a weapon; though there are exceptions with certain products).

If you are not experienced in this or if you have distance on an attacker, moving to Less-Lethal Force is the next step. We highly recommend  Pepper Spray as the first option, with TASERs second and Stun Guns last.

Expandable Batons sit at the highest level of force for less-lethal weapons. They should only be used by someone who is trained in how to use them, as these devices can become deadly weapons if they hit the wrong section of the body (such as the head).

Finally, Lethal Force in the continuum, one which no one hopes to get to. This is reached when someone decides to pull a lethal weapon on you, such as a knife or a gun. You are generally justified with using lethal force under these circumstances.

Law Enforcement Vs. Civilian Use of Force 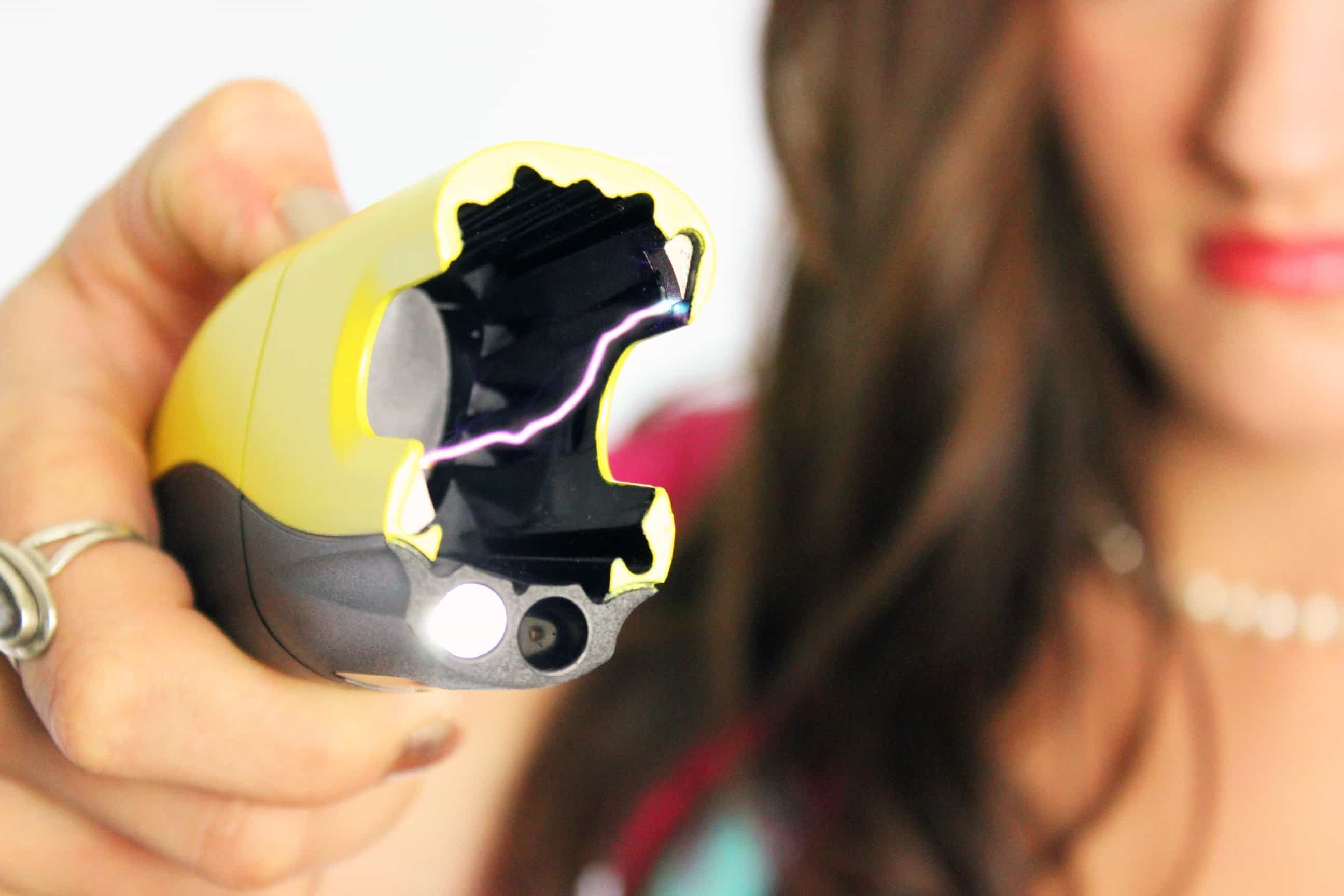 BE AWARE that the use of force continuum for civilians is far different than what the police go by.  Law enforcement officers use force specifically to subdue a suspect and make them compliant under order of arrest. As a civilian your only job is to “stun and run” your attacker, to stop the threat and run away to safety. Escape is your only objective. Ultimately every action you take will be scrutinized by a court of law. And unlike the police, who have a union to protect them, you are on your own. Be careful in how you address your situation, but not too careful as to hesitate and potentially lose your life...especially under lethal circumstances. Remember that the use of force continuum is a general guideline to go by and not something that is absolute.