Pepper spray, also known as OC spray, is one of the most popular self defense products.

In many situations, it’s used by police and civilians as a first line of self defense.

While pepper spray is considered a less-lethal form of self defense, there have been documented cases where it’s use resulted in deaths.

This is usually due to reactions and side effects pepper spray can cause. 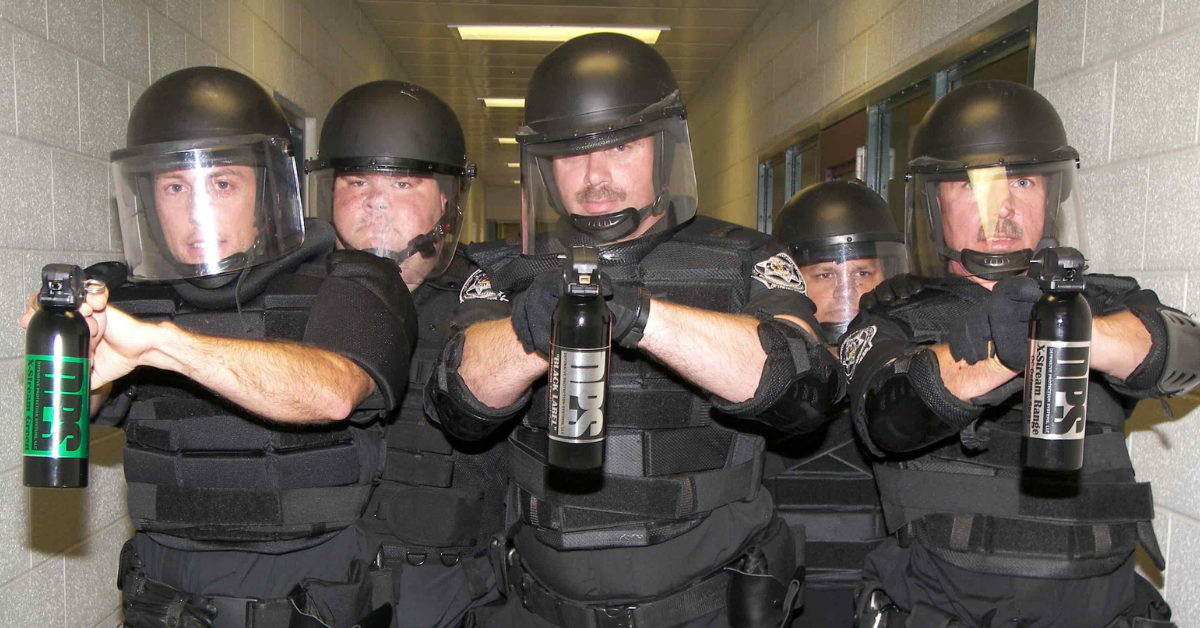 The main ingredient in most pepper sprays is oleoresin capsaicin (hence the name OC spray), which is a natural oil found in plants, including cayenne peppers and chillies.

Being an oily extract, capsaicin is not soluble in water.

Common lachrymatory (pronounced lachrymatory) agent is the technical term for chemical compounds that cause tears, eye irritation, and at times temporary blindness; you may know it as teargas.

For example, at times you will see CS (common lachrymators) combined with OC for added pepper spray effects.

CS is one of the most popular types of teargas and most effective.

It has been shown to cause mild tearing, immediate vomiting, and vulnerable prone position (body positioning prone generally means lying face down).

Pepper spray has the power to inflame the mucous membranes of your assailants eyes, nose, throat and lungs.

Being sprayed with pepper spray usually results in:1

Just like any firearm, pepper spray is a weapon. And like any weapon, it requires proper training.

Without the knowledge and know-how, you might as well be walking around empty-handed.

That’s why we’ve put together pepper spray 101: how to protect yourself at a distance to teach you how to properly deploy your pepper spray or OC spray and effectively neutralize a threat.

Did you know you actually get this course for free when you purchase any pepper spray product?

Yes, we’re that dedicated to you and your family’s safety.

Inside this course we cover: the history of pepper spray, how to properly deploy your pepper spray or oc spray, federal state and outside the U.S. laws, and everything in between.

If you scroll to the bottom, you can see the complete course curriculum.

What to look for in pepper spray 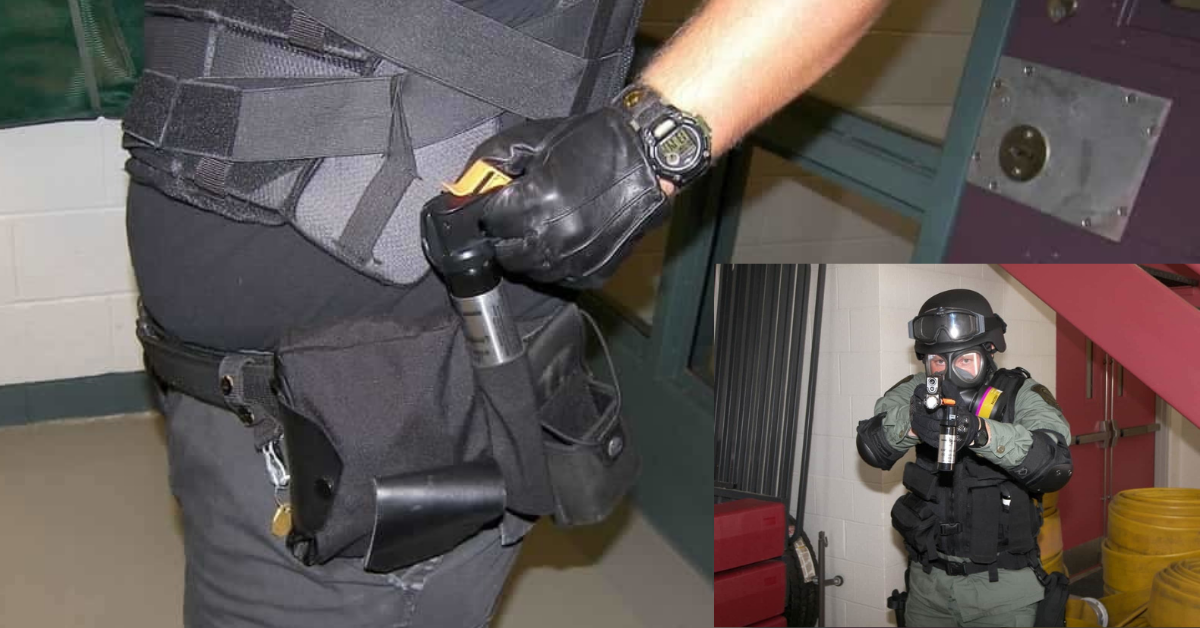 Stream - Stream is the most commonly used type of pepper spray pattern. To be most effective you must aim directly at the eyes and spray in a linear motion from ear to ear.

Fog or Cone-Mist - Foggers can cover a larger area, making it easier to hit the target’s face.

Foam - Foam saturates the target area and sticks to the body.

Gel - Gel is similar to the stream pepper spray pattern however, you tend to get a greater range due to it’s sticky formula.

For a complete in-depth guide you can continue reading how to use pepper spray the right way. From the pros and cons of each spray pattern to how to hold pepper spray, we’ve got you covered.

Pepper spray range can vary from four feet to 20 feet.

The average effective range for the stream pepper spray pattern is between eight and 12 feet.

The average effective range for the fog or cone-mist pepper spray pattern is between eight and 10 feet.

The average effective range for the foam pepper spray pattern is between six and eight feet.

The average effective range for the gel pepper spray pattern is between 12 and 15 feet.

Not all pepper sprays are created equal.

As we mentioned above, oleoresin capsicum is the active ingredient in pepper spray or OC spray.

Therefore, if an OC spray uses a weak pepper, it doesn’t matter how much of it is in the formula.

Don’t be fooled by OC sprays that will flaunt a higher OC percentage, claiming anywhere from two percent to 20 percent.

Because like we said a higher OC doesn’t necessarily mean stronger.

Another factor to be aware of is Scoville heat units (SHU) which measures the actual heat of the pepper in its raw form.

So what should you look for when buying OC spray?

You’ll want to consider all areas from its spray pattern, spray range, and its formula. 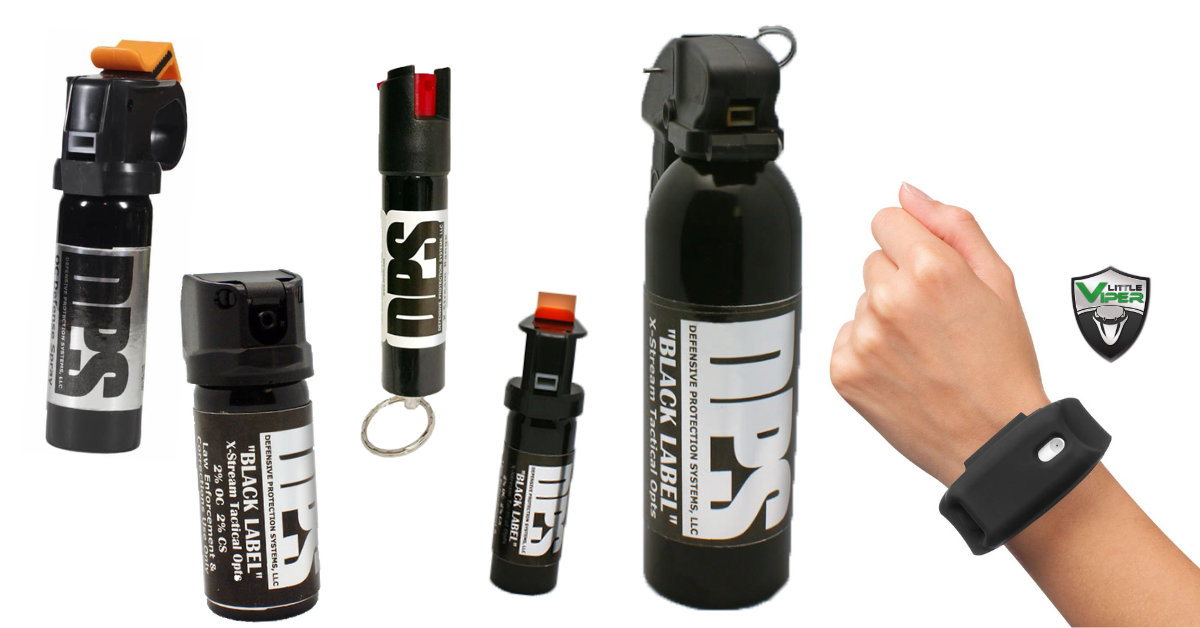 DPS is in use by over 600 different law enforcement agencies and companies, and growing.2

But most importantly, the range of these sprays is superior to anything else available. DPS "X-Stream Range" sprays feature the longest range in the industry.

This includes 15-17 feet for 2oz and 3oz sprays and 20 feet for 4oz sprays. Compare this to 7-10 feet and 13-15 feet, respectively. Keeping your distance from a suspect is crucial in an encounter.

With DPS you can be sure to have that next level safety.

The formulation consists of an evaporate carrier with 10% OC and 2% CS in a full cone or high emission fog pattern. The Physiological effects are extensive.

The CS causes acute stress in respiration with coughing, gagging and temporary shortness of breath.

The OC has the atypical dermal affect with intensive heat and temporary, involuntary closing of the eyes.

This is the ultimate defensive chemical system.

It is a 10+2 OC/CS Blend that was formulated and developed for extreme tactical operations.

This brutal mix was initially made for law enforcement and corrections in high threat conditions.

The manufacturer knows this first-hand because he was exposed indirectly (on purpose) in a solitary cell while playing an inmate.

Tom fired a 1/4 second burst of Black Label into the air and within 6 or 7 seconds he shut down and they were able to subdue and drag him out of the cell and belt him up.

The spray was fired in the air and reached him over 10' away under a bunk and did its job.

DPS Black Label is called X-Stream Tactical Ops for a reason... It drops everybody. 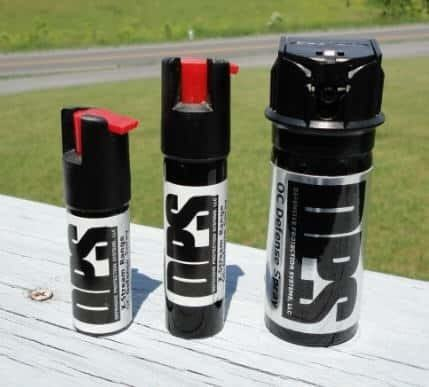 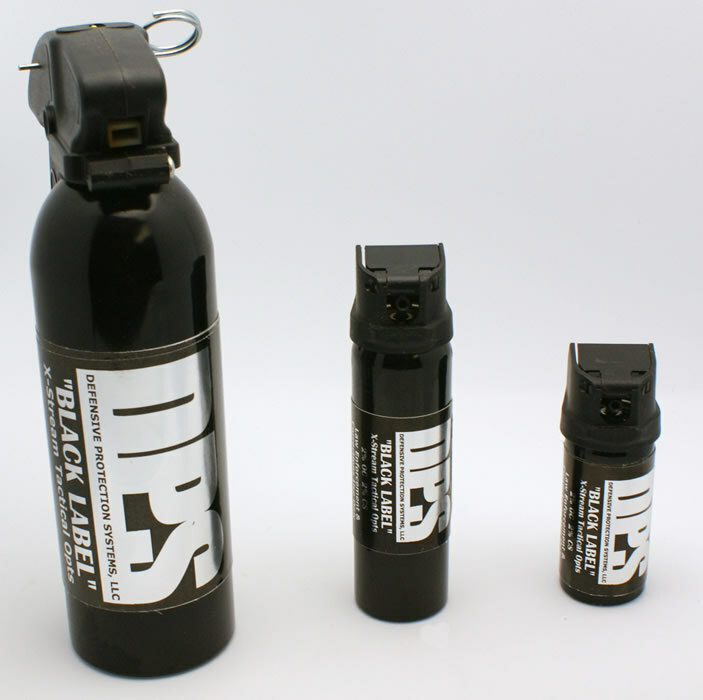 Pepper spray or OC Spray is a valuable self defense product.

Just like any firearm, pepper spray is a weapon. And like any weapon, it requires proper training.

When looking for an OC spray you’ll want to consider all areas from its spray pattern, spray range, and its formula.

With DPS you can be sure to have that next level safety.