Pepper Spray vs. TASERs – The Best Choice for Self-Defense?

Posted by Ulrich Faircloth on February 07, 2017 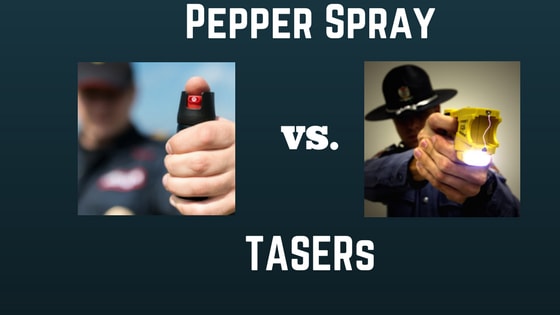 When it comes to self-defense options for personal safety, everyone wants to know: What is the best choice for self-defense? Most people will decide among the two most commonly known less-lethal options, pepper spray or TASERs.

So let’s do a Pepper Spray vs. TASER head-to-head match up and go over all the differences, pros and cons, as well as situational usage between these two devices to determine which comes out on top! 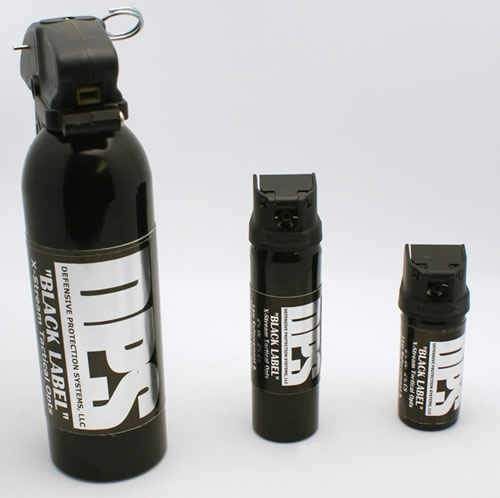 When people think self-defense in terms of less-lethal tools, pepper spray comes to the forefront of their minds (and for good reason). People imagine intense burning, agonizing pain and blinding of the eyes. That is exactly what you can expect from this self-defense product.

The way pepper spray works is brutal. Its main component is oleoresin capsicum (OC), a natural derivative of pepper plants. Unlike its irritant counterpart, tear gas (see:  Pepper Spray vs. Mace), pepper spray is an inflammatory agent that attacks the central nervous system. It causes involuntary eye closure (temporary blindness), tearing, restricted breathing, coughing, choking and a strong burning sensation that can last between 30 to 45 minutes before dissipating.

The beauty of pepper spray is that:

The drawbacks of course, are notable: 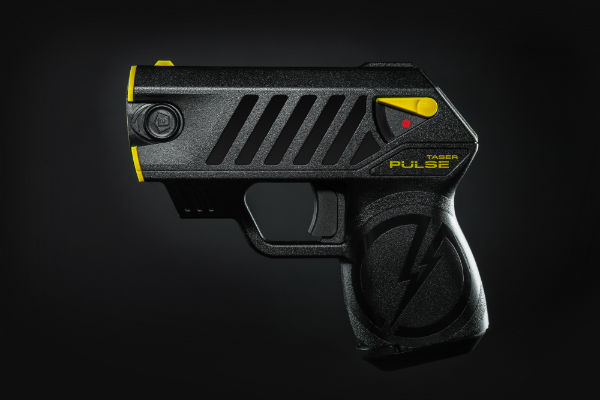 The Tom A. Swift Electric Rifle (TASER), not to be confused with the commonly known hand-held stun gun that relies on pain compliance (see:  Stun Guns vs. TASERs – Important Differences), is a long-range Electronic Control Device (ECD) that utilizes nitrogen-propelled fish-hook shaped darts to neutralize a target. These darts create a circuit with the body, which effectively incapacitate the affected person by releasing 50,000 volts of electricity through the central nervous system.

TASER International, the company that designed the device, calls this process neuromuscular incapacitation, which causes involuntary muscle contractions throughout the body. These contractions involve the use of high voltage, low amperage shocks that are less-lethal in nature. People have died from TASER devices, but only in cases of improper police use of force and/or pre-existing conditions regarding the affected persons.

Civilian TASER models, like the  TASER Pulse and TASER Bolt, run for 30 second cycles while the police models, such as the TASER X26P, run for roughly 5 seconds. For non-police persons using the TASER for self-defense, the purpose is to stun the attacker and run to safety. Your device will be replaced free of charge by TASER International upon submission of a police report. It can also become a close-contact stun gun through its drive stun capability as well, causing pain but not incapacitation.

The TASER has its merits:

But while shockingly effective, the TASER is not without its disadvantages:

The Pepper Spray vs. TASER match-up was good, but…

Although the TASER is a well-known self-defense and law enforcement tool, it pales in comparison to its chemical agent counterpart. The high price tag, necessary precision, limited penetration ability and restrictions by state its hamper its viability.

Pepper spray can stop a threat up to the same distance (15 feet) and further, immobilize an attacker for up to 45 minutes (much longer than a 30 second ride), is legal in all 50 states, affordable and easy to use.

What self-defense product do you prefer for your personal safety, pepper spray or the TASER? Tell us in the comments!