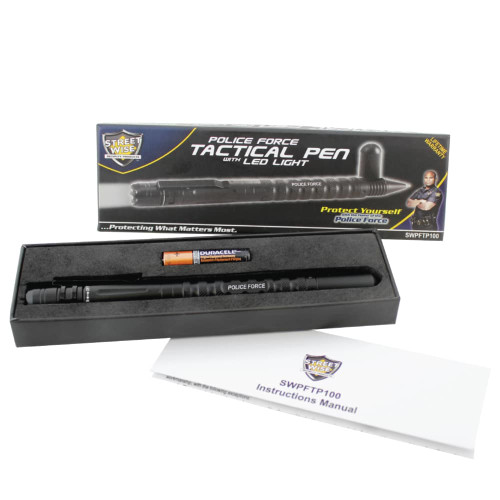 The Police Force Tactical Pen is a close-quarters self-defense weapon, a bright LED flashlight and a writing instrument all in one. Although it was designed with Police and security professionals in mind, it will come in handy for just about anyone. It can also be used as a glass-breaker in case of an emergency. The ink pen uses standard refills and is protected by a removable pressure point cap which can be used for self-defense. The other end features a bright LED light with a DNA Collector Tactical Edge. This can also help you defend yourself and can aid authorities in apprehending the attacker by collecting a DNA sample. Although you may have seen other tactical pens (even without a light!) retailing close to $100, don’t let our low price fool you. You will love the features and versatility of this high quality writing instrument.