What’s the Difference Between Pepper Spray vs. Bear Spray?

The main ingredient in pepper sprays and bear sprays is oleoresin capsaicin, which is a natural oil found in plants, including cayenne peppers and chillies.

It’s as simple as bear spray is not designed to fend off humans; hence the name bear spray. 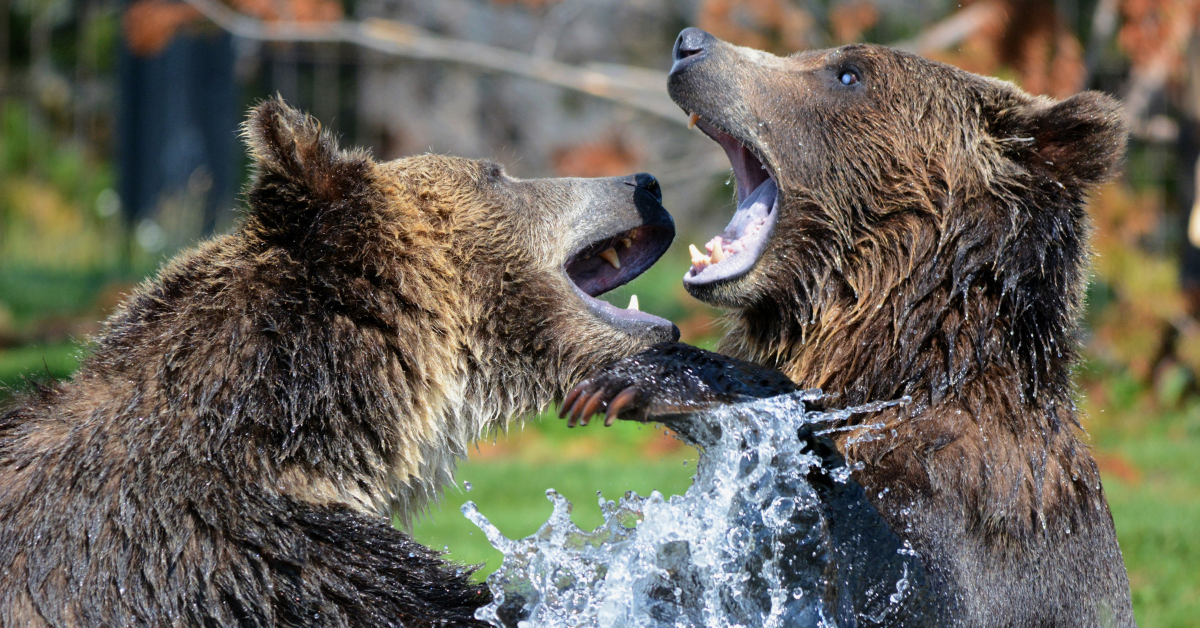 What is bear spray and how do you use bear spray?

Bear spray is used to deter bears, it is not a repellent.

That being said, you would not want to use bear spray the same way you use bug spray.

As you know, bug spray is applied directly onto your skin and clothing.

Bear spray should be used on a bear, more specifically, sprayed directly into its face.

We’ll go into more detail on how to properly deploy bear spray below.

It should only be used in situations and encounters with aggressive bears.

As we mentioned above, bear spray isn’t made to fend off humans.

You might see people carry bear spray as a form of self defense where pepper spray isn’t legal.

Capsicum can be thought of as the “heat” when it comes to peppers.

The key to using bear spray is to first remove the safety by placing your thumb in front and pulling it back towards you.

Make sure to practice this a few times if needed.

Secondly, hold the can firmly while aimed slightly downwards towards the aggressive bear’s face.

The goal is to create a wide cloud like barrier that the bear must pass through in order to get to you.

You will also have to keep wind conditions in mind.

If you deploy bear spray with a loose grip you risk creating a bear spray cloud that is above the bear.

This makes it easy for the bear to charge underneath the expanding bear spray cloud.

Lastly, you want to spray immediately when an aggressive bear is within 30 feet of you.

This gives you enough space to hopefully have an effect on the aggressive bear’s nose, lungs, face, and eyes.

Continue to spray if the bear approaches you.

If the bear continues to charge at you and you are forced to play dead, make sure to continue spraying with one hand so that a spray cloud forms directly above you.

Protect the back of your neck with the other hand as you lay belly down. 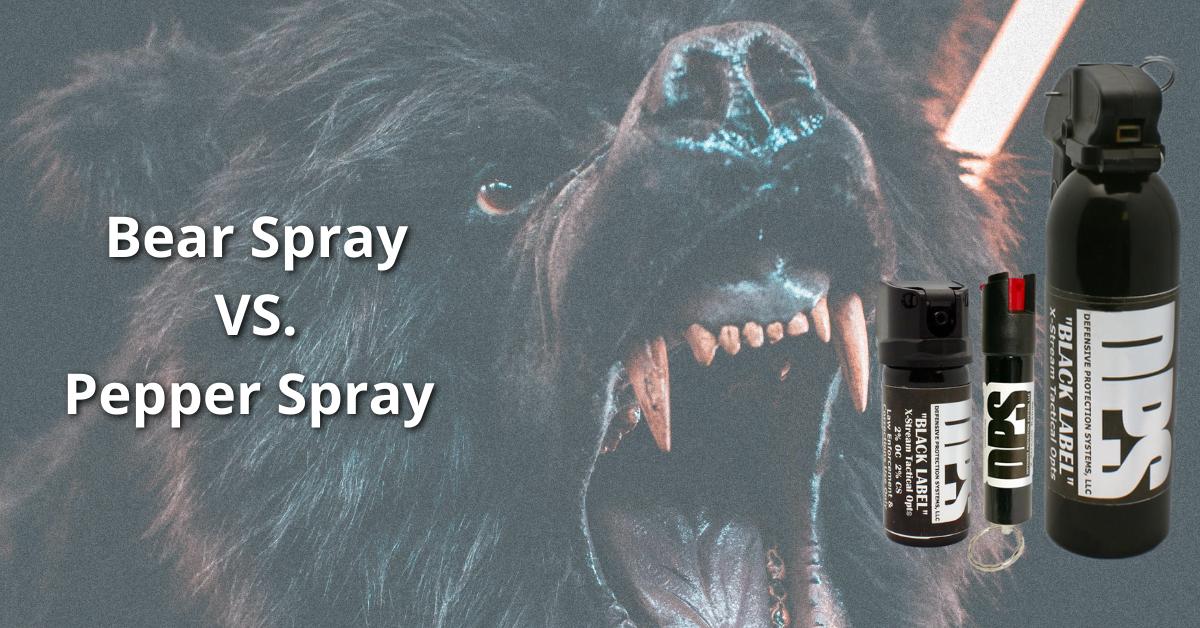 The major differences between pepper spray vs. bear spray

Perhaps one of the major differences isn’t between pepper sprays and bear sprays but between humans and bears.

Specifically, when it comes to grizzly bears, their brain is structured and devoted to the sense of smell.

To get even more technical, the brain structure devoted to smell is referred to as the olfactory bulb.

To put it into context, it’s about five times the size of a human’s.

"I would characterize a bear's sense of smell as complex and just as important to their lives as sight is to humans," said Mike Fitz, a former park ranger at bear-filled Katmai National Park and currently a resident naturalist for explore.org.2

Another major difference is that bear sprays are not as versatile as pepper sprays simply because it’s made specifically for bears.

For example, bear sprays will generally shoot further, around 20 to 30 feet, and wider compared to pepper sprays.

The reason being, to create distance between you and the bear (although it is more effective when sprayed directly in the face).

However, pepper spray dispersal patterns come in many forms like stream, fog or cone-mist, gel, and foam.

In addition to that, pepper sprays have a more intense burn and heat causing a more immediate reaction when deployed on an attacker.

We’ll go into more detail on why that is below.

If you want a complete in-depth pepper spray or oc spray guide you can continue reading how to use pepper spray the right way. From the pros and cons of each spray pattern to how to hold pepper spray, we’ve got you covered.

Currently the EPA requires that the concentration of Capsaicin and related Capsaicinoids range between 1% and 2%.3

That being said, bear spray also contains a lower concentration of oleoresin capsicum (often referred to as Capsaicin) than pepper spray or OC spray.

Since bear spray isn’t as potent, you wouldn’t want to use it on humans. Self defense pepper spray is much more effective.

It’s also important to note, the EPA has deemed bear spray a pesticide and has authorized use only on bears, not humans. 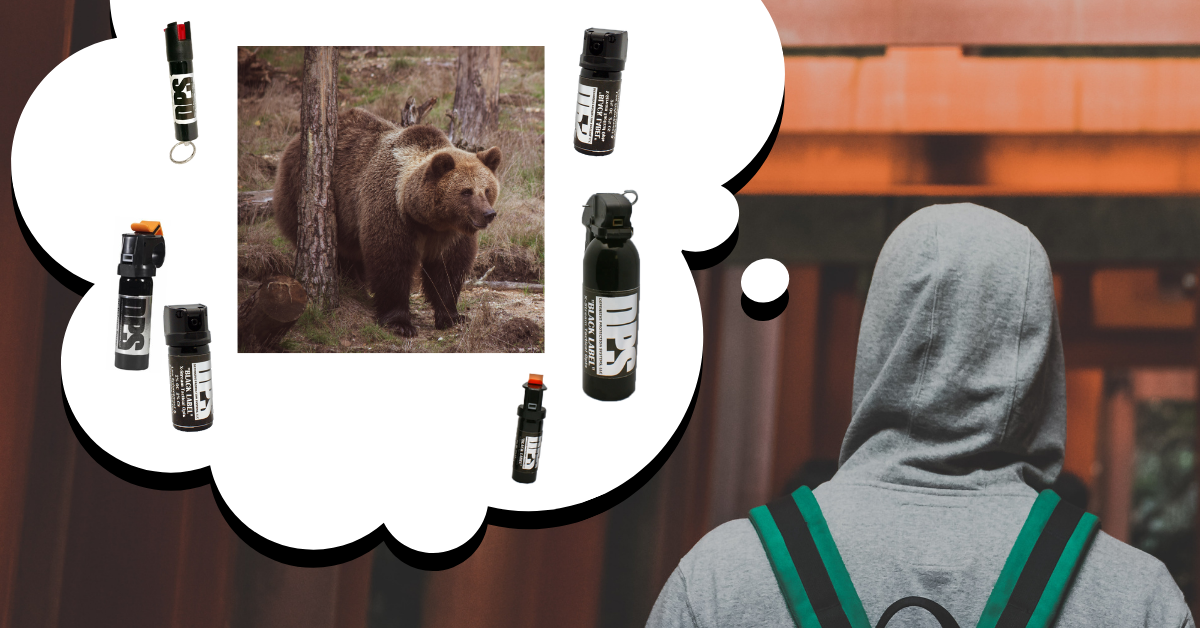 Can you use pepper spray on bears?

Not to mention pepper sprays are more affordable than expensive bear sprays.

If you’re serious about keeping you and your family safe and self defense, you will want to opt in for pepper spray or OC spray as it is stronger than bear spray.

But, keep in mind not all pepper sprays are created equally.

If you’re planning a camping or hiking excursion you will want to consider bear spray.

A 20-year study published in the Journal of Wildlife Management found, “Pepper spray stopped bears' undesirable behavior 92% of the time when used on brown bears, 90% for black bears, and 100% for polar bears.”4

Although pepper sprays come in many dispersal patterns to choose from, bear sprays are designed to create large and wide clouds between you and the bear.

If you want to take this same approach with pepper spray you will want to opt for a fogger pepper spray.

Foggers can be used to create a barrier saturated with pepper spray.

Like bear spray it will force the attacker to approach the cloud before getting closer to you, giving you a better chance to escape.

In conclusion, we would recommend having both on hand and understanding how to deploy both correctly.

Bear spray should not be used as a personal protection pepper spray or self defense spray.

Its sole purpose is to deter bears.

It should also not be used as a repellent.

When considering whether you need bear spray or pepper spray, you will want to make sure you understand the limitations of each as well as how to properly deploy both. 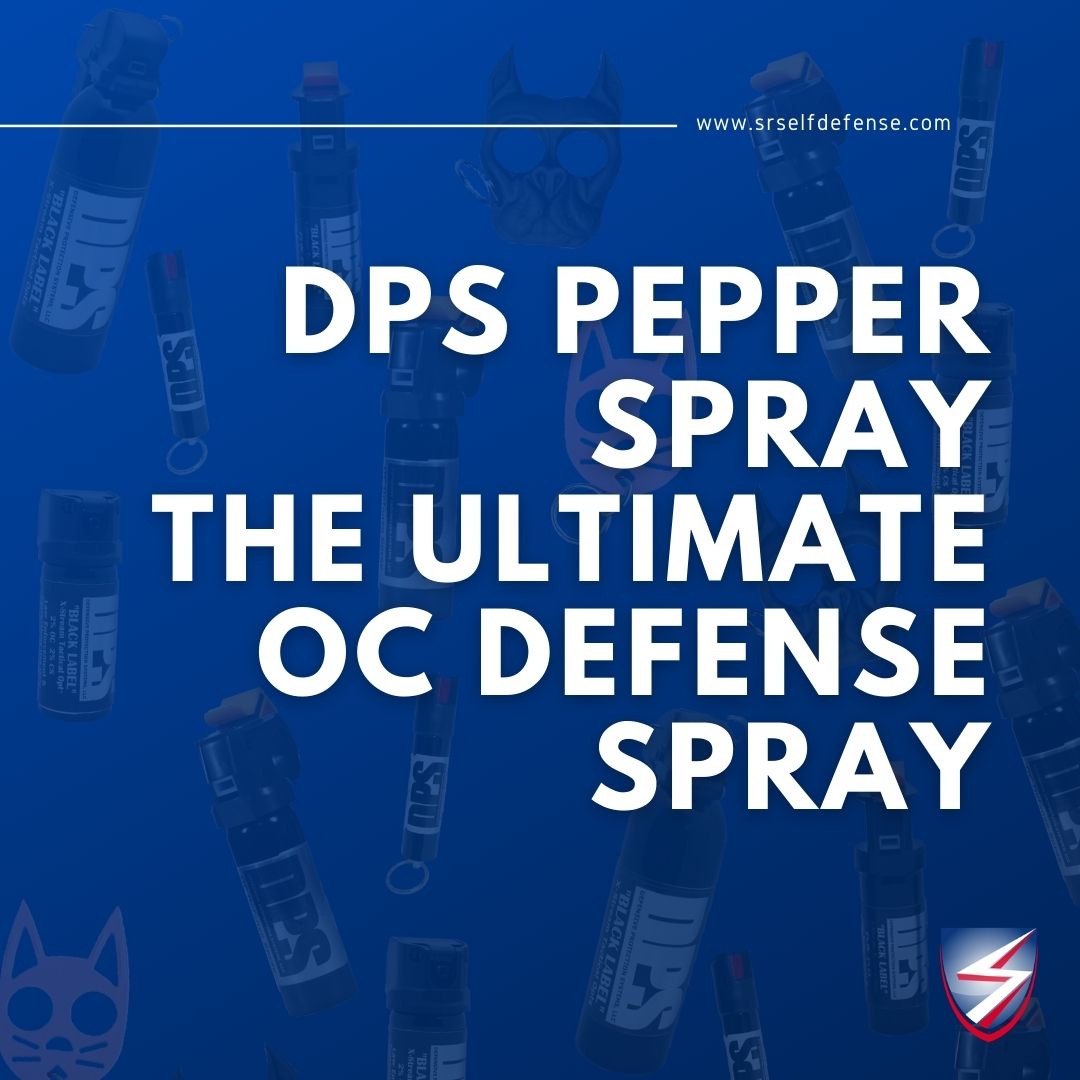 Pepper spray, also known as OC spray, is one of the most popular self defense products.In many situations, it’s used by police and civilians as a first line of self defense.While pepper spray is considered a less-lethal form of self defense, there have been documented cases where it’s use resulted in deaths.This is usually due [...]

How to Prevent Crime in Your Community and Protect Yourself